Friends of Isla Bella:
Save Up To 20% + Free Cancellations Enjoy a weekend with Myk Likhov and Elian Zach for a unique retreat designed to release and receive through the power of yoga, breathwork and sound. Set on Isla Bella’s 24 acres of stunning oceanfront property, this two-night, three-day joint adventure will take you a step further in the journey of self-discovery. 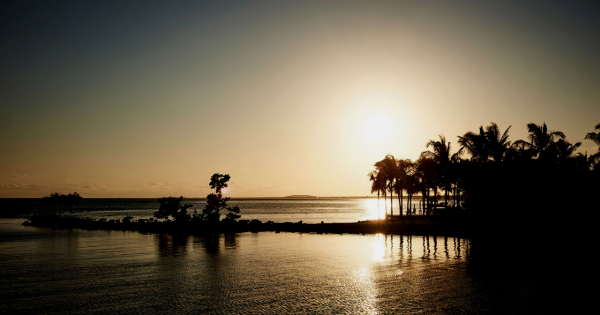 As we begin to reimagine what life would feel like in the new world we will rebuild, we reflect on the past year, the challenges we have overcome, and the opportunities that were generated. What we’ve learned collectively is to remain open to life’s unpredictable flux, and to possibilities that only become available when we surrender, allow, trust and accept what arises.

R&R is traditionally an abbreviation for Rest & Recreation, but during this deep two-day dive into the Self, we would like to take this idea a step further.

During our joint adventure, we will explore the openings that emerge when we agree to let go of old narratives. In that vein, we will also use our quality time together to restore, reveal, and recreate our desired realities. 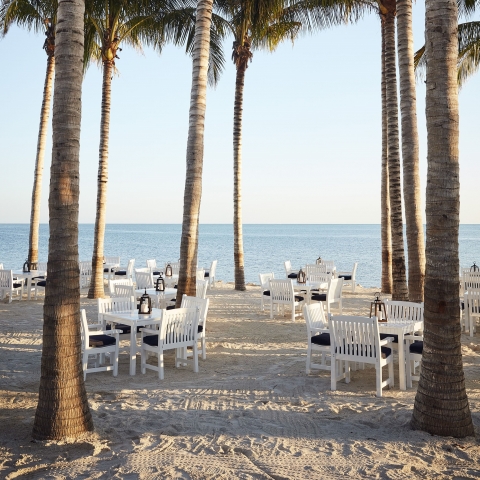 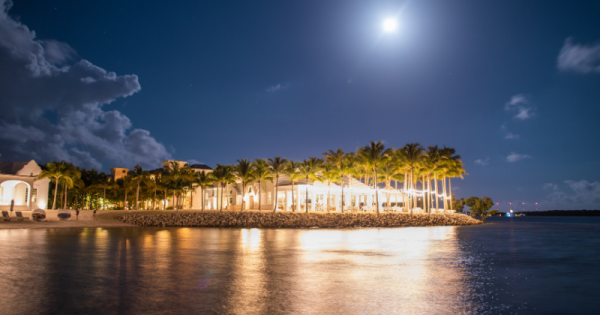 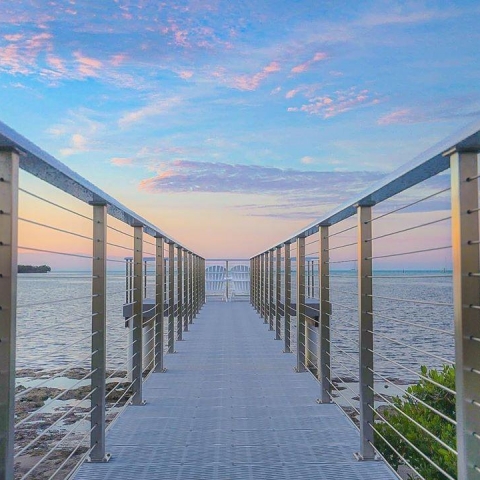 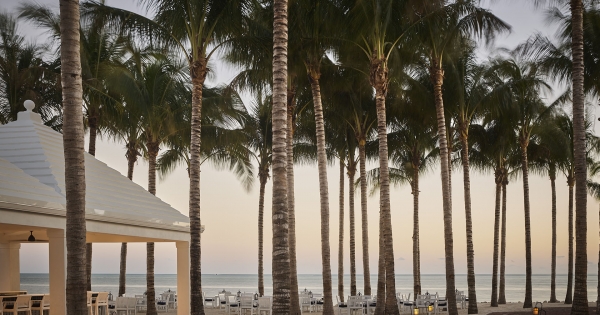 Reserve your stay for this two-night, three-day retreat from May 14 – 16, 2021. Retreat includes two breakfasts, two lunches, and two dinners over the weekend.

*Space is limited. Parking and resort fees are due upon arrival. A deposit of the first night is required at the time of bookings. Restrictions might apply. Any questions related to the daily programming of the Modern Om & WOOM CENTER retreat can be answered by contacting [email protected] and [email protected]. Any questions related to accommodations can be answered by the Isla Bella reservation team. Use Promo Code: MODERNOHM to reserve online. 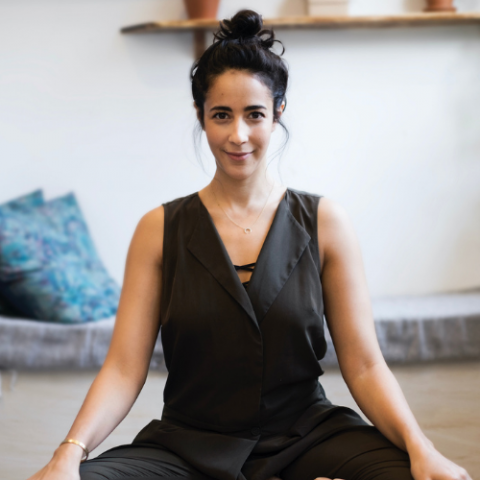 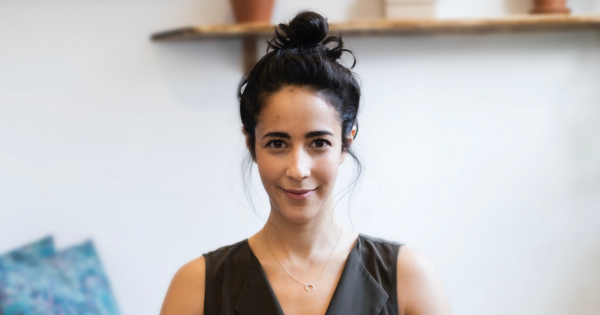 The founder of WOOM CENTER, she received her formal training in sound therapy under the guidance of world-renowned sound researcher, practitioner, and ethnomusicologist, Alexandre Tannous.

Earlier in her life’s journey, Elian was trained in classical and contemporary theatre at Circle in the Square Theatre School on Broadway and has worked extensively on stage, film, and television productions, as well as contributed her voice to various projects. Elian has been interviewed about her work in the healing arts for a variety of podcasts and publications worldwide, including the Life Stylist Podcast by Luke Storey. She has had the pleasure of sharing sound, yoga, and breathwork on large scale events such as MediClub, Flavorpill’s Quiet Mornings at The MoMA, Modern ŌM’s Cushion Crawl, and Burning Man, and facilitated experiences in Costa Rica, Ibiza, Tel Aviv, Colombia, Panama, and Portugal. Elian’s greatest joy is to meld all of her passions into one transformative practice that invites holistic participation of the physical, emotional, intellectual, creative, and spiritual bodies. 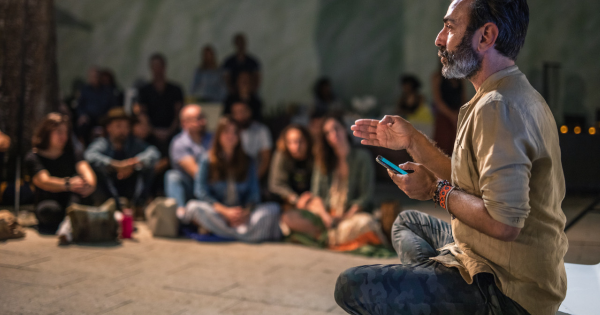 The founder of Modern ŌM, a longtime wellness entrepreneur, and pioneer in the field for over 14 years. His personal mission is to help people lead life with ease and purpose. Earlier in his career, Myk worked in finance shortly before receiving his MBA from Wharton. Upon concluding graduate school, he launched Green Monkey, South Florida’s premier yoga studio brand. Myk is a creator, connector, and curator in the mindful space, both locally and globally, producing a variety of events that bring people together and form a strong community both on and offline. He has been recognized as Miami’s foremost leader in mindfulness by the Miami Herald and Well + Good, and was named one of Miami Magazine’s 2018 “Men of the Moment.”

Miami’s leading mindful community serves its members through shared experiences, educational programs, and intentionally designed products. In today’s constant flux, Modern ŌM has also established itself as the most consistent, diverse, and welcoming community for mindful practices on the internet. A family-owned business, its mission is to inspire a peaceful transformation through intentional practices, authentic connection, and timeless design. Since 2016, over 6,000 people have participated in Modern ŌM’s meditations, workshops, and large-scale mindfulness events. Their US-made jewelry line is Yoga Alliance’s official partner, and their pieces and scents have been worn by many wellness leaders, as reminders of intentional living and heightened awareness. The name ŌM, a 3,000-year-old symbol, inspires a conversation around searching for deep meaning in the modern world, which the global Modern ŌM community of facilitators and students embody with grace and integrity. Modern ŌM has been covered by Yoga Journal, Miami Herald, The NY Observer, Well + Good, MindBodyGreen, Ocean Drive, and other publications.

New York’s first multi-sensory yoga and meditation studio, based primarily on the therapeutic and psychedelic properties of sound vibration, is rooted in the belief that clarity and empowerment are best arrived at through self-inquiry and the freedom to explore. WOOM plays with sensorial stimuli as a way to reach powerful physical and non-physical states of being, and provides an array of experiences supported by innovative technology. The NY studio features a custom 3D sound system, an immersive visual installation with audio-responsive software, and a signature essential oil blend formulated from organic, ethically sourced botanical essences. Along with ethnomusicologist and researcher, Alexandre Tannous,  WOOM hosts Sound School several times each year, a celebrated sound practitioner training program, as well as unique yoga teacher training programs. The center hosts renowned facilitators and teachers from all over the world, focusing mainly on sound therapy, breathwork, and the yogic arts. Since arriving in Miami in 2021, WOOM has held a residency at Magic City’s leading wellness venue, The Sacred Space, where they offer signature experiences for both the emerging local wellness community and the flocks of snowbirds who have been migrating to the sunshine state. WOOM has been featured in Vogue, The New York Times, New York Magazine, and Well + Good, and has also been covered by BuzzFeed, NowThis, and The Culture Trip.

Reserve your stay for this two-night, three-day retreat from May 14 – 16, 2021. Retreat includes two breakfasts, two lunches, and two dinners over the weekend.

*Space is limited. Parking and resort fees are due upon arrival. A deposit of the first night is required at the time of bookings. Restrictions and black-out dates might apply. Any questions related to the daily programming of the Modern Om & WOOM CENTER retreat can be answered by contacting [email protected] and [email protected]. Any questions related to accommodations can be answered by the Isla Bella reservation team. Use Promo Code: MODERNOHM to reserve online.